Hey guys! I started my day at 2:30 am this morning. I woke up and got ready before leaving the house at 3:00 to drive to the airport. We got there about an hour later, parked our car, shuttled over to the airport terminal, went through security, and went to our gate. By then it was about 5 in the morning and we had an hour to kill before our flight, so we just waited at our gate. My mom always schedules us for early morning flights so that we have more time in the parks when we get there and so we don’t just waste a day traveling (these are the only days I’m a morning person). We got on our flight and landed in Florida about 2 hours later. I took a lot of pictures of the sunrise while we were flying because I love to watch sunrises above the clouds – it’s just so beautiful. Anyway, we landed in Florida and then made our way to the Magical Express to take us to our hotel. We arrived at our hotel around 9 am, got checked in, and headed to our villa. We dropped our bags off at our room and then decided to go to Epcot to meet up with some friends.

We spent some time at Epcot with our friends and ate lunch with them at the Rose & Crown, which is a restaurant in the UK pavilion at the World Showcase modeled after a traditional English pub. I love their fish & chips, and actually like them more than the ones I ate in London this summer. My sister & I rode Test Track, and then after that we all walked to the front of the park. We said goodbye to our friends, and then we walked to Hollywood Studios from Epcot. We do this all the time – it’s a quick 15-20 minute walk from Epcot to the Boardwalk to Hollywood. Soon we arrived at Hollywood Studios and were walking up Hollywood Boulevard. This was the first time I was in the park after they removed Mickey’s Sorcerer hat, so now there’s a clear view of the Chinese Theater (Great Movie Ride) all the way up the Boulevard.

Our main reason for leaving Epcot and going to Hollywood Studios tonight was so that we could see the Osborne Family Spectacle of Dancing Lights. The Osborne Spectacle of Dancing Lights is a yearly event from December to the beginning of January where the Streets of America in Hollywood Studios is adorned with millions of Christmas lights and holiday decorations. I had never seen it before, and was sad to hear that 2015 was the last year that the lights would be displayed. I really wanted to see it and I though that we would miss it, but Disney extended the time the lights would be up. The light are staying up until tomorrow, so I was so happy to find out that we could see them before the lights went down for good. We decided to go today because we figured that if went on the last day then the park would be so packed full of people that we wouldn’t be able to move, and it was good that we went today because there really weren’t that many people. I included a bunch of photos of the light below for you to see. I enjoyed them a lot, and loved all of the colors. It’s called the Spectacle of Dancing Lights because throughout the night, music starts playing and the lights change colors or “dance” synchronized to the music. It’s very cool, and it was a great night. I loved walking up and down the streets to see all of the lights. It really was a beautiful sight, and I’m so happy that we got to see the lights before they ended.

After an hour or so of hanging out on the Streets of America watching the lights, we decided to head out. We popped into the Writer’s Stop cafe on our way out for cookies and hot chocolate and then headed back home to our resort. Overall, it was a great day and I’m excited for the rest of our trip! Check out all of the photos that I took below, and I’ll talk to you tomorrow! 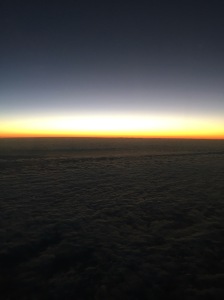 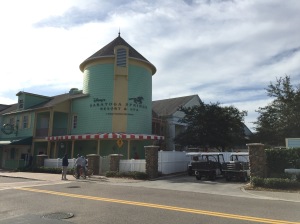 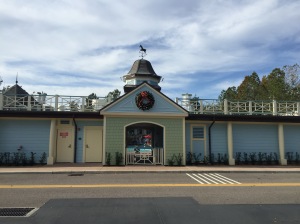 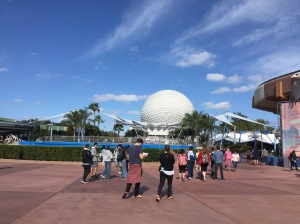 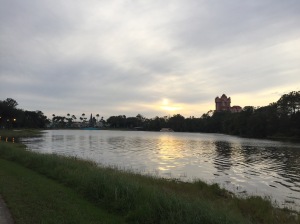 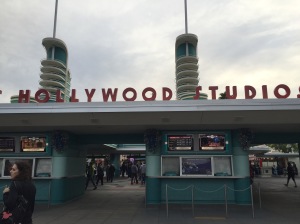 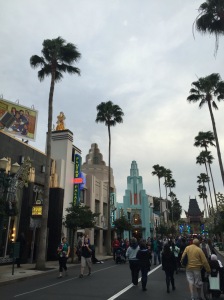 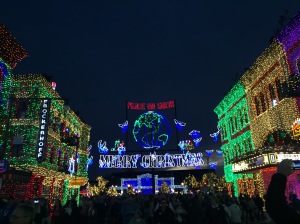 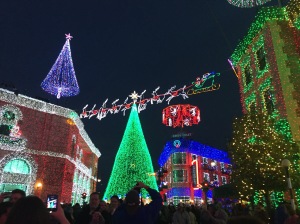 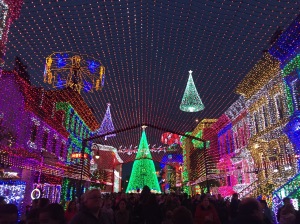 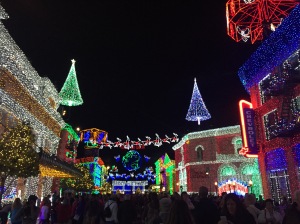 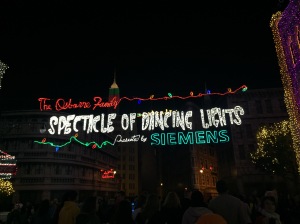 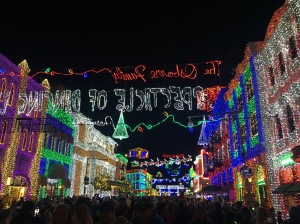 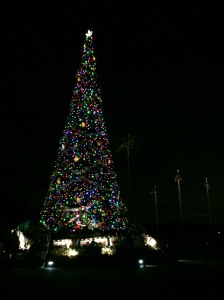