Hi guys! I know it’s taken me awhile to publish the Disney Diaries, but I really wanted to share my experience & pictures with you, so I am determined to finish up the posts! Here we go:

On July 2nd, we went to Blizzard Beach, one of Disney’s water parks, & it was really cool to go there because the last time I was there, I was three, so I got to re-experience everything. I had a really great time at Blizzard Beach, & we did everything there since we got there early, & we even met Goofy! He was all dressed for the beach- a Hawaiian print shirt, swim trunks, flip flops, you name it! After Blizzard Beach, we went over to Animal Kingdom for the evening. We did the Wilderness Explorer activity, where you are given an activity book & walk around the park completing the tasks to earn badges for your book. One thing we had to do was go on the Maharajah Jungle Trek to learn about bats, draw the tigers’ stripes, & a bunch of other stuff.

After that, we were in the Asia section of the park since we had FastPasses for Expedition Everest, & after that, we ate at the Yak & Yeti. I liked eating with chopsticks while we were there, though I had some difficulties. Overall, it was a pretty fun day, I didn’t take many pictures, but there are a few below.

I almost forgot! We met Minnie & Mickey right before we left! We were the only ones there, so they were waiting for us, I felt so special. They were so nice, & I of course stood next to Minnie since she’s my favorite 🙂

Today was crazy, but so much fun. We arrived in the Magic Kingdom pretty early, & walked back to the Haunted Mansion for our first FastPass, & I loved it, as usual. After that, we walked over into Fantasyland, & then toward Rapunzel’s Village. Then we went to the Seven Dwarves Mine Train to see how long the wait was because we figured it couldn’t hurt to try to ride it again before we went home. The Mine Train was actually down, & the Cast Members weren’t sure when it’d be running again, but they said we could chance it & wait until it was running again to ride it. So, we took a chance, waited for only about twenty minutes, then we were able to ride! It was a lot of fun to go through the standby line because when we rode it the first time, we had a FastPass & missed the fun stuff to do while you’re waiting in the line. At one point, we were able to spin these barrels in one room, & the Dwarves all appeared on the ceiling, so I thought that was pretty cool.

Next, we rode the Mad Tea Party tea cups, & I was kind of dizzy when we got off, so I think we spun a little too fast. It was fun anyway 🙂 Our second FastPass was for the Buzz Lightyear ride, & I set a personal record, so I was pretty happy. For awhile we walked around Tomorrowland, & we ended up riding going into the Carousel of Progress Exhibit which I thought was so cool because I don’t think I’ve ever been in there, & I didn’t really know what it was, so it was one of my”First-times” in Disney in a pretty long time.

We did some Sorcerers of the Magic Kingdom for a little while in Frontierland, but then there was a Dance Party for the 4th of July, so we couldn’t pass that up 😉

The Fourth of July Fireworks start on the third, & since it’s busier on the fourth, we decided to watch them tonight. Around 7 pm, we went back to Main Street to claim a spot, & we kind of just hung out there until the fireworks started. I did get up though, to help get food & to get a Mickey Rice Kripsie treat because they are just one of my favorite Disney treats.

Finally, the fireworks started at 9:00 & I took about a hundred pictures, but don’t worry, I narrowed them down to only a few of my favorites, which you can find below! 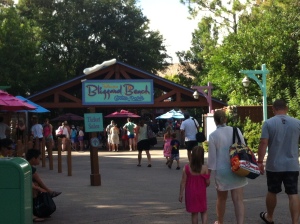 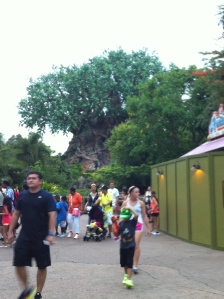 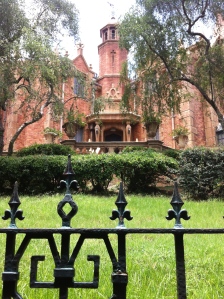 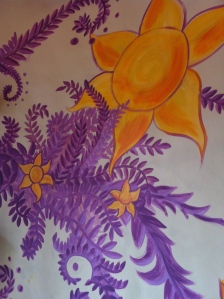 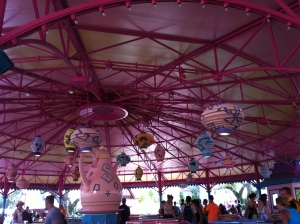 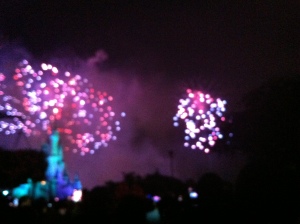